The roadmap for autonomous ridepooling in Hamburg is ready – and we’ll be starting before the year is out.

With MOIA as an on-demand ride-sharing service we have already established a new form of mobility. Our CEO Robert Henrich gets to the heart of why driverless ride systems are a key technology: “For MOIA as a mobility service and fleet operator, autonomous driving vehicles are an important element of our business model. Cities all over the world are seeking to make their transport systems more efficient and environmentally friendly. Autonomous ridepooling could improve urban mobility and enhance road safety, thereby making cities better places to live.” The grand aim is thus to develop an autonomous ridepooling system by 2025 which is integrated into Hamburg’s transport infrastructure and internationally scalable. But until we get to that stage, we will of course keep you informed of every milestone along the way! 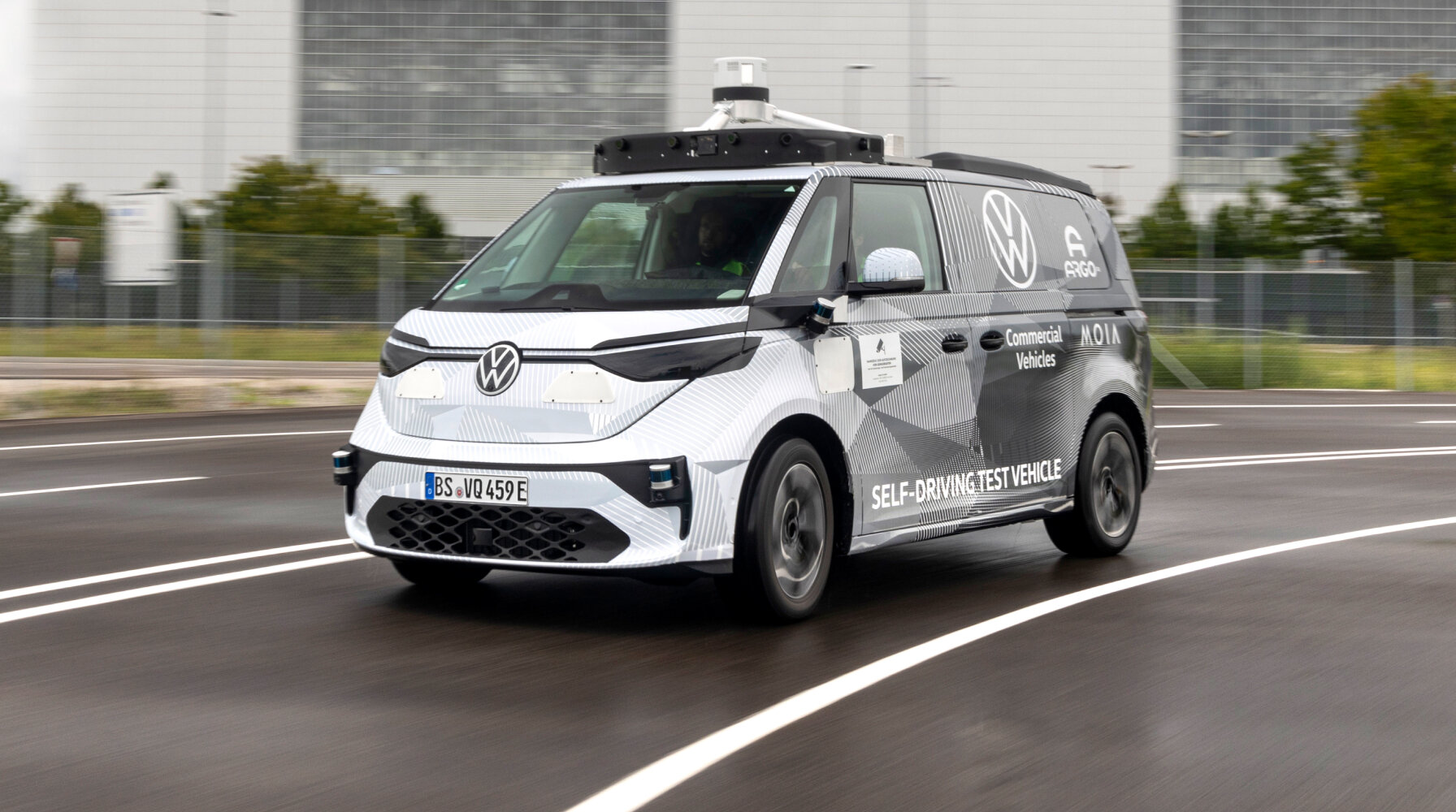 The pilot project is picking up speed

At a shared press conference in the MOIA Hub in Wandsbek, we and our project partners Volkswagen Nutzfahrzeuge and Argo AI presented the roadmap according to which Europe’s first autonomous ridepooling project will continue to take shape and undergo further developments and trials in Hamburg in parallel to its regular operation. Present for the occasion were Robert Henrich (MOIA), Christian Senger (Volkswagen Nutzfahrzeuge), Reinhard Stolle (Argo AI) and Dr. Anjes Tjarks, Senator for Transport and the Mobility Transition in Hamburg.

Alongside the pilot project’s planned milestones, the prototype for the self-driving ID.BUZZ AD was also presented. The aim is to have an autonomous ridepooling service up and running on the streets of Hamburg as of 2025. To allow this schedule to be met, Argo AI is starting its work of mapping the streets this year. The test fleet will be integrated into normal road traffic, and the initial test zone will be located to the east of the Alster. It will include parts of Winterhude, Uhlenhorst and Hohenfelde and be gradually expanded.

To the press release

Load the app. And book your first ride.